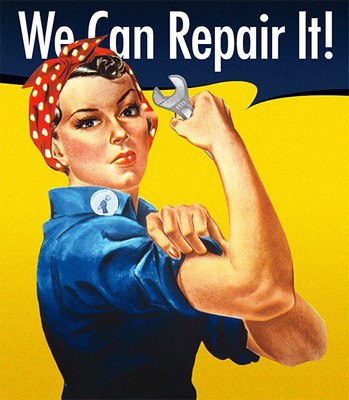 Tl;dr: Inviting the “right to repair” crowd into science hardware, to work on how openness and repairing can help researchers inside/outside academia e.g. via projects like ReSeq.

I’m currently based in Europe, where the right to repair movement is quite active and gaining momentum at different levels. Some cities, countries and even the EU commission are discussing regulation aiming to somehow counterbalance the “colateral effects” of current manufacturing practices. Apple is usually portrayed as the paradigmatic enemy of tinkerers turned into activists; its products are intentionally made hard to fix, repairing is only allowed at their authorised service network, it deliberately reduces performance of older devices, and crushes small tech support providers in the name of piracy. But the COVID-19 pandemic has also highlighted the importance of repair advocates claims in other domains. Maybe the most dramatic example, we had to see how some hospitals short of ventilators weren’t able to fix the ones that broke down, due to manufacturer’s restrictions.

Back home, things are just too expensive so in general people tend to repair them— or at least that was my experience growing up. It’s true that as I became older I saw more people throwing away stuff in perfect conditions, but it was not at all the norm and in my circle it was considered a very negative thing. So during my last years at University, while I was working at the analytic chemistry lab and later at the soil analysis lab, I was terribly frustrated to see expensive equipment that had broken down, obsolete, waiting an average of 5 months for technical service. Most of the time local tech support was limited and foreign support unaffordable; we wouldn’t touch the hardware to avoid breaking ‘official warranty’.

This may sound exaggerated, but the whole situation made me feel powerless, and quite shocked. Being aware of the very small portion of GDP our governments destine to science and the general scarcity of resources, having an expensive tool there in front of us, stopped… It seemed deeply wrong and unfair; almost like throwing it away. I was sure someone at engineering school in my university, provided with enough information on the electronics, would have been able to fix it. But instead we had to adapt our research activities, limit the number of samples to analyse and pray that the working equipment kept functioning. When I shared this with my friends, almost everyone working at a public university had the same story to tell.

My bachelor thesis gave me the opportunity to at least feel I was doing something about it: this time the equipment for sample analysis was available but the problem was the data collection. I had to take sediment samples of an urban river, only accessible from high bridges. So I needed a core sampler, which had to be imported and was far too expensive for my lab. There was only one in the whole institute, being used by some important guy. I had limited time to do my thesis so with the help of my boyfriend at the time we designed and built a DIY core sampler. After infinite iteration it finally got me decent samples to analyse; a small but highly rewarding win. We were only able to do it because the core sampler is a simple, mechanical tool and the manufacturer’s documentation is not that bad; it was easy for us to understand how it worked. 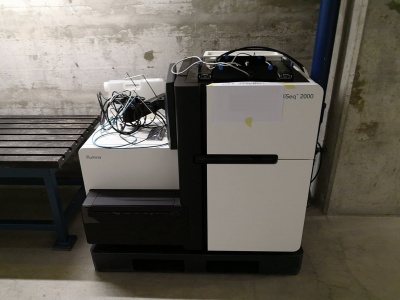 Working with the open science hardware community has helped me to put these ideas and concerns into words. I don’t enjoy much writing about myself, but I did it above to describe how important were to me those feelings of powerless/empowerment in pushing me to do something. The ability to repair science equipment is of course included in the GOSH manifesto, but I feel we can do more about it. Other communities like Right to Repair, or the Maker movement itself, address it differently; they appeal, on top of efficiency concerns, to those feelings I mentioned above. They present repairing as a right!

If the ‘right’ is important and you feel annoyed when you need to repair an iPhone you bought less than a year ago and paid a lot of money for; imagine the impact it has in science. It’s more than feeling annoyed, it’s a deep sense of structural inequity. It’s about already scarce resources that are being invested and not used, lack of technological sovereignty, asymmetry between science production in global north countries and the rest of the world, unable to catch up. It’s also about e-waste and its distribution.

I’d love to see the open science hardware community forming alliances with the right to repair movement, to work on how openness and the right to repair can help researchers, even more those working in low-resource environments. There is a case that in my opinion perfectly illustrates the way to go. It’s the ReSeq project, a crowdfunded initiative to reuse old, discarded DNA sequencers and turn them into advanced instruments for more general scientific research. It all started when Urs Gaudenz got his hands into one of these machines (and documentation), which universities are discarding.

So, more of this, please! How do we do it? Mapping all the obsolete “junk” equipment we have sleeping at universities? Or maybe just picking one tool and working on it? Hosting (now, remote) repair cafés at university fablabs? Adding science repair tutorials to the amazing iFixit? Let’s invite the fixers crowd into science ;)